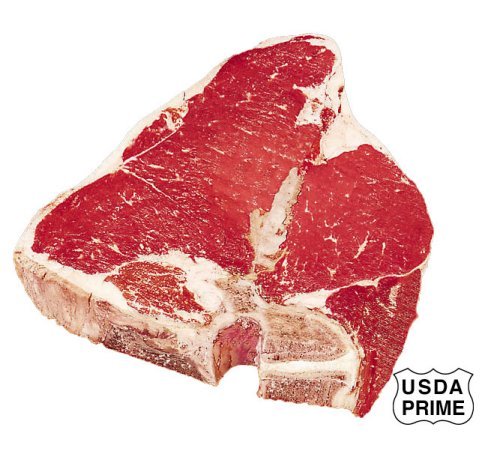 The adage that the cure for high prices is “High Prices” is evident this year in beef markets. Finished cattle prices reached record highs around $170 in late 2014 and early spring of 2015. Prices then fell below $120 by October. Prices have fallen $50 per hundredweight in what must be the greatest decline ever.

Interestingly, the decline in beef prices was preceded by a similar decline in live hog prices from mid-2014 into early 2015. It is likely that the escalated 2015 egg prices due to Avian Influenza may also face a similar descent at some point.

When analyst look back on these boom/bust price patterns, the supply and demand data never seem to fully justify how high prices go in a period of shortage, nor how quickly they fall afterward. The tendency for prices to “overshoot” on the upside and then to “undershoot” on the downside is repeated often.

The excesses on the upside may be related to the human emotion that is inherent in agricultural markets when there is uncertainty with regard to food shortages. Regardless, cattle markets seemingly overshot to the upside, then undershot to the downside, and are now seeking to better evaluate equilibrium.

Certainly some of the roller coaster price action in the cattle markets can be explained by basic supply and demand relationships captured by the statement “the cure for high prices is high prices.” This has been illuminated in 2015 by higher cattle weights, by sharp increases in beef imports and declining beef exports, and by consumption shifts due to high retail beef prices.

Everyone knew that cattle numbers would be small this year and processing numbers have been down six percent. But high prices have provided incentives to get additional beef supplies to consumers. The first is by higher weights. Record high finished cattle prices in combination with limited feeder cattle and abundant feedlot capacity provided strong incentives for feedlot managers to finish the animals that were available to much higher weights.

Current weekly slaughter weights are approaching 1400 pounds per head. For the year, weights are up an average of 2.5 percent. So six percent lower numbers are partially offset by higher weights such that domestic production so far this year is only down 3.5 percent.

But record high U.S. cattle and beef prices, along with a strong U.S. dollar, have also stimulated major shifts in trade patterns that have also increased the domestic availability of beef. High prices have attracted considerably more imports of beef.

High U.S. prices and a strong dollar have damaged U.S. beef export volumes. Through August, beef exports were down 12 percent, lead by reductions of 31 percent to China, 23 percent to Mexico, and 12 percent to our biggest customer Japan.

The surprising bottom line is that U.S. consumers have had more beef available so far this year-not less. Reviewing those number just mentioned: animal numbers for processing have been down six percent, but weights have been up 2.5 percent and net trade impacts (more imports and less exports) have contributed an additional 4.5 percent to supplies. So, the six percent lower animal numbers have been more than offset by seven percent more supply from weights and net-trade impacts. That makes available supplies up one percent so far.

Retail beef prices probably have also contributed to the record drop in finished cattle prices this year. Retail beef prices rose to a high of $6.42 per pound in May (USDA). These record high prices sent signals to consumers to consider looking for beef substitutes and they found them in growing pork supplies at declining prices and abundant chicken at prices similar to those in the previous year. Again, given time, high prices provide a cure for high prices for demand as well as for supply.

After cattle prices have seemingly overshot and undershot, the market is now attempting to find the “correct” equilibrium price. Of course that “correct” price is never known and one of the primary functions of markets is to discover that price.

Finished cattle prices bottomed in the first-half of October somewhat under $120 and recovered to the high $120s last week. Using current futures prices as a forecast suggests that a strong recovery will occur into the end of 2015 into the low $140s. Then, prices would be expected to reach their 2016 highs in late winter or very early spring in the mid-to-higher $140s. Seasonal weakness would drop prices back to the mid-to-higher $130 by the end of summer.

Meanwhile high prices are continuing to do their job of stimulating expansion of the cow herd, with female slaughter (heifers and cows) so far this year down ten percent. Indeed, given enough time, high prices will solve the dilemma of high prices.

There’s a lot more involved in getting a calf to the feedyard than it may first appear. There’s feed for the mother cow, feed while she’s feeding the calf and feed for the calf once it’s weaned and big enough to go on to the feed bunk at the yard.

As summer turned to autumn, you faced familiar questions. Do I market calves at weaning or precondition them? Which heifers should I keep? Record prices made answers a bit easier last year, but with those on the decline you may want to consider alternatives.

• Schedule a pregnancy examination of cows if not done previously. Winter feeding costs can be minimized by eliminating open cows prior to winterfeeding.

• If you have already done a preweaning working, revaccinate (booster) calves as needed. Treat calves for internal and external parasites. If you vaccinate calves yourself, be sure to store, handle and administer vaccines properly.

• Obtain weaning weights of your calves and enter. Weaning is the time to do your first round of culling and selecting breeding stock. You can eliminate obviously inferior calves, especially those with wild or nervous dispositions. Consider the number of heifers that you will need to save for your cow herd. Bulls which are old, unsound, roguish, etc. can be culled now. It is not too early to begin thinking about replacements now.

• Use a good record keeping program. Keep good records and treat your cow-calf operation like a business.

• Evaluate the body condition of your cows and improve their condition prior to winter.

• The calving season should be in full swing for fall calvers. Check cows frequently. Identify calves and commercial males should be castrated and implanted.

• It is time to get everything ready for the fall-breeding season, too. Line-up semen, supplies, etc. now and get your bulls ready to go (don’t forget their breeding soundness evaluation).

• Put fall-calving cows on accumulated pasture before the breeding season. This has generally been a good year for moisture. Be sure to save some grass in the breeding pastures.

• If you are purchasing weaned/stressed calves, have your receiving/feeding program in place. Feed a stress ration which contains at least 13% protein and is fairly energy dense.

• Manage to keep newly weaned and/or purchased calves healthy. Calves should be penned in a small lot with adequate feed, water and shade to reduce stress. Careful handling and comfortable, uncrowded conditions can decrease stress.

• When newly-weaned calves are purchased in the fall, sickness and death loss can be a big problem. Work with your veterinarian on a health and receiving program. Consider purchasing CPH-45 feeder calves which are preweaned, vaccinated, bunk-adjusted and treated for parasites.

• Watch calves closely for a few weeks after their arrival. Have a treatment program ready for any health problems. Early recognition of sick cattle improves their chance of recovery. Watch for drooped ears, hollow appearance, reluctance to rise, stiff gait, coughing and dull or sunken eyes. A good “receiving” program is essential to profitability.

• Remove fly-control eartags from all animals, dispose of according to instructions on package. Treat for grubs/lice.

• Avoid prussic acid poisoning which can happen when frosts rupture the plant cells in sorghums, sorghum-sudan hybrids, sudangrass and johnsongrass releasing prussic (hydrocyanic) acid. Fields can be grazed after the plants have dried up after a frost. New growth that occurs in stalk fields is potentially dangerous whether frosted or not.

• Test hay quality and make inventory of hay supplies and needs. Make adjustments now – buy feed before you run out in the winter.

• Do not harvest or graze alfalfa now in order for it to replenish root reserves.

Read the full article at http://www.cattlenetwork.com/advice-and-tips/drovers-cowcalf/octobers-timely-tips?ss=advice_and_tips,drovers_cow/calf

Here are five questions to ask before turning the cows on stalks, including:

After the corn crop has been harvested, it’s good to know what’s left for grazing. It’s estimated that approximately 50% of the weight of the total corn plant remains in the stalk, leaf, cob and husk components. According to a report from Iowa State University’s Extension Beef Center, “For each bushel of shelled corn produced per acre, 50 pounds of residue is also produced. For example, an acre yielding 120 bushels of shelled corn per acre will produce approximately 6,000 pounds of corn residue.”

With good weather conditions, it’s reasonable to assume that 1 acre of corn residue will provide 60 days of grazing for a 1,000-pound animal, according to the report. In the article from Iowa State University, “Mature cows in the middle trimester of gestation that are in desirable body condition typically maintain their body weight and may gain up to 1 pound per head daily. As the grain component is consumed and availability of husks and leaves declines, protein supplementation may be needed to maintain body condition.”

3. When should I supplement?

Fall calving cows may need protein and energy supplementation, and because corn stalk residue is typically low in a number of minerals as well as vitamin A, a balanced mineral and vitamin mix should be offered free choice. According to the report, “To determine if supplementation is necessary, observe the manure. If little or no corn is visible, protein supplementation should be considered. Sources include alfalfa, corn gluten feed, distillers’ grains.

4. How can I extend the grazing time?

Cattlemen should consider strip grazing to make the corn stalks last longer and offer a more uniform quality of diet. Limiting the amount of stalks the herd can graze at once will force them to be more efficient and consume both the high and low-quality components of the residue. Strip grazing can also limit the damage on the field due to mud or icy conditions.

5. Should I be worried about nitrate toxicity?

According to the report, “Another issue can be nitrate toxicity—especially during drought conditions. The highest level of nitrate concentration in the corn plant is in the lowest part (18-24 inches) of the stalk. This area is typically the last to be grazed by cattle. Therefore, the potential for nitrate issues is unlikely. Soil compaction can also be a concern. Recent research from the Iowa State University Leopold Center for Sustainable Agriculture suggests that compaction is not an issue once the ground is frozen. Prior to freezing, there is potential for slight reduction in yield for no-till soybeans, although there was no difference in soybean yield in conventionally tillage systems.”

by Amanda Radke  in BEEF Daily